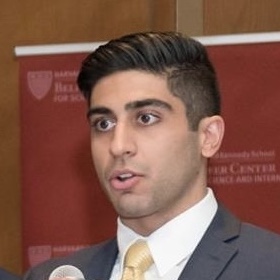 Arya joined Arena from Amazon where he lead the development of flight dynamics systems for the Project Kuiper satellite broadband constellation. As a founding member of the Kuiper flight software team, he also co-wrote early versions of Kuiper's first satellite autopilot and flight simulation.

Before that, he was a software engineer at AWS, where he built features and authored blog posts to support machine learning and high-performance computing workloads in the cloud. While in Seattle, Arya served as corporate partnerships lead at a tech-for-good non-profit helping build a regional eco-system of civic engagement through technology.

Arya holds a B.S. in Electrical & Computer Engineering, with an additional major in Biomedical Engineering, from Carnegie Mellon University where he graduated with University Honors.